Home » My Goal Is To Succeed At Real Madrid – Ceballos 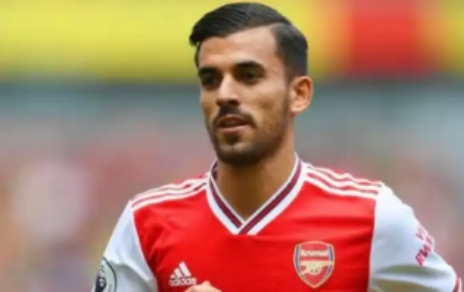 Arsenal loanee Dani Ceballos says that although he has yet to speak to Zinedine Zidane over his Real Madrid future, he is still determined to “succeed” at Santiago Bernabeu.

Ceballos signed a six-year contract with Madrid after completing an €18 million (£16m/$20m) move from Real Betis in the summer of 2017, but struggled to hold down a regular spot in the starting XI during his first two seasons at the club.

The Blancos ultimately decided to send the 23-year-old out on loan to Arsenal ahead of the 2019-20 campaign, and he quickly settled into his new surroundings at Emirates Stadium.

“I have not spoken to Zidane, he is now focused on his players.

“When my loan contract ends I will be a Real Madrid player again. My goal is to succeed there.”

The former Betis star also opened up on his struggles for fitness at the Emirates Stadium and his relationship with Arteta, insisting he is “focused” on helping the Gunners finish the season strongly.

“I had to be away for a long time due to injury but I worked hard to turn the situation around,” said Ceballos.

“With Arteta, I have had a very good relationship since he arrived, he has given me confidence and now I am focused on ending the season in the best possible way and achieving our goals.”