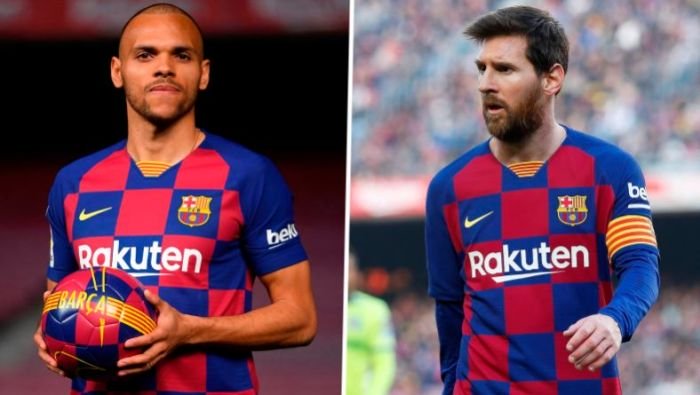 Barcelona forward Martin Braithwaite has described Lionel Messi as an “inspiration” as he reflected on his first few months at Camp Nou.

The 29-year-old was a surprise signing in February after injuries to Luis Suarez and Ousmane Dembele left Barcelona short on attackers. While yet to score for the club across three appearances, Braithwaite did contribute two assists on his debut as he gets used to playing with the Catalans.

Messi is one player the Dane hasn’t struggled to gel with as he noted the Argentina legend has already begun improving his game.

“It changes a lot, of course,” Braithwaite told Goal when asked about his opinion on Messi now he plays alongside him.

“He gives so much confidence to the team because he can make the difference and also helped me personally to be a better player with his advice and how he sees football. He is really an inspiration.”