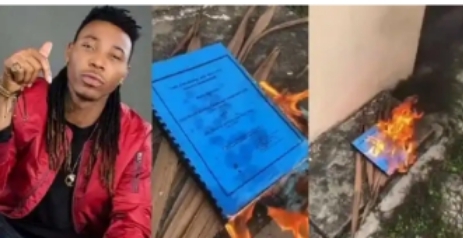 Nigerian singer, Solid Star has set the contract agreement he had with his former record label, Achievas Entertainment on fire.

He took to his Instagram stories to share a video of himself burning the contract, two years after he left the label following their strained relationship.

The singer called him out and accused him of always wanting to see him sad.

Since leaving Achievas Entertainment, Solid Star has been operating under his own label, Shaba Entertainment.